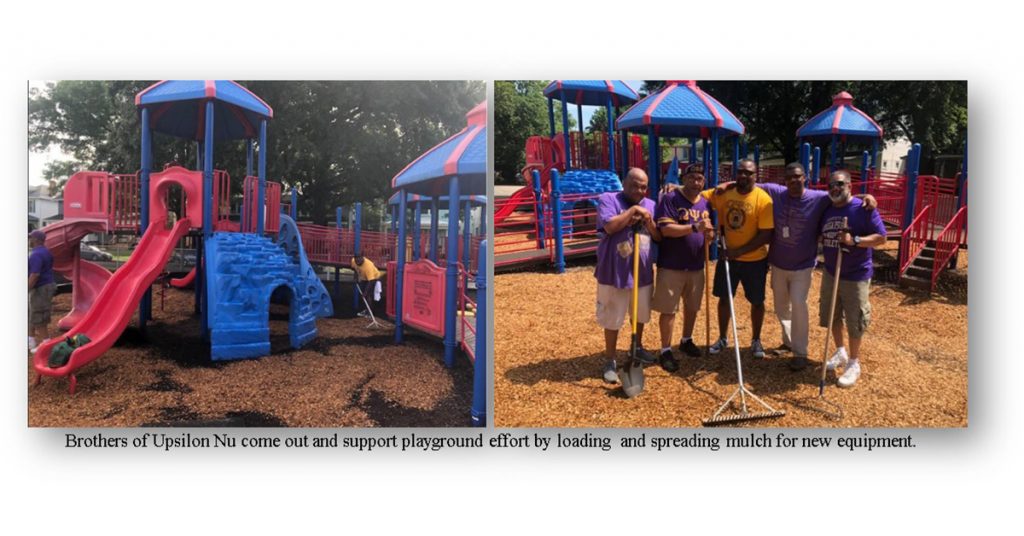 Richmond, Virginia, Saturday, May 18, 2019. Upsilon Nu Chapter supported Barack Obama Elementary by helping set up their playground area and beautify it with mulch for the playground. Debris was removed from all around the site, to prep it for the laying of piles of mulch.  Brother Tim Brown organized the effort for the chapter. I am happy we were able to come out and support this effort, the renaming of the schools was a very observed event in Richmond, the community was out in force which just shows what the community can do when they raise their voices, stated Brother Michael Edwards. 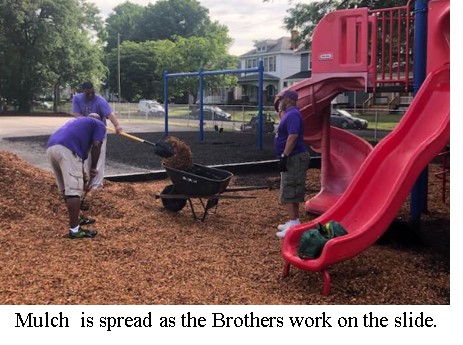 The Richmond School Board in Virginia voted to rename an elementary school honoring a Confederate general to Barack Obama Elementary. The result was reached on Monday June 18, 2018 when the board voted 8-1 to drop the name J.E.B. Stuart Elementary.  This is the 18th school named after the former president. The school is was the only one in the city named for a Confederate.

The school serves nearly 500 students in kindergarten through fifth grade. About 95 percent of the students are African-American. A selection of names were submitted by parents, student and administrators ranging from local civil rights legends like Oliver Hill and Barbara Jones to more sentimental names like Northside and Oliver Hill Elementary.

The fact that nearly 95 percent of the student body is African-American, reinforced the suggestions for the name change. The board's lone vote against the new name explained how she wanted the new name to give respect to the town's local legends. Ultimately the community settled on renaming the school after President Barrack Obama.