A Concise History of the Third District

Dedicated to Brother Dr. Vernon E. Johnson who wrote the “Origin of the Current Third District,” from which this history is adapted, and who served as the 15th Third District Representative from 1983-1986. 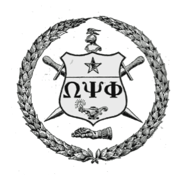 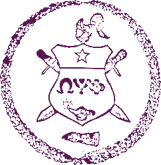 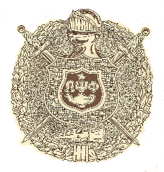 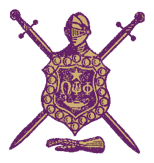 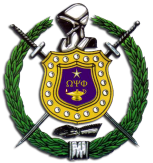 To know and appreciate the history of the Third District, it is helpful to understand how and why districts in general were originally formed, their evolving impact on the organization of the Fraternity, and their related and evolving function.

From the founding of Omega on November 17, 1911, throughout its first decade, Districts and District Representatives as we know them today did not exist. The Grand Basileus was solely responsible for administering all facets of the Fraternity—a job that became increasingly more difficult as the Fraternity grew.

In response to Omega’s increasingly rapid growth, in 1922, the Eleventh Annual Grand Conclave, which met in Philadelphia, PA, authorized the creation of the Office of Vice Grand Basileus. At the time, the Vice Grand Basileus’ primary role was to assist the Grand Basileus with managing the Fraternity’s expansion. John W. Love was the first to fill the new position. Love immediately focused his efforts on working with existing chapters to increase membership while chartering new chapters that would expand Omega’s impact and reach.

The same Conclave that created the office of the Vice Grand Basileus empowered Grand Basileus J. Alston Atkins to appoint five “District Representatives” whose responsibility it would be to supervise chapters as assigned. The first five District Representatives appointed were Charles White for the New England states; Carter L. Marshall for the Mid-Atlantic states, which included what was to become the Third District; L. R. Hill for the Central states; William J. Faulkner for the Southern states; and George L. Vaughn for the Western states. The District Representatives were to function under the supervision of the Vice Grand Basileus and assist him with growing Omega. To fulfill their charge, District Representatives were assigned to distinct regions of the country, and each was to visit all the chapters in his area at least once during 1923. They were also to scout their areas for locations in which new chapters could be chartered and were to use their influence to establish new chapters where desirable. As the Fraternity grew, so did the number of districts. Between 1923 and 1928 the Fraternity implemented several district reorganizations, at one point establishing as many as seventeen districts. In 1928, Washington, District of Columbia, currently in the Third District, represented the Fifteenth District.

J. Arthur Weiseger, Grand Keeper of Records and Seal at the time, represented the Supreme Council at this first conference. Before the end of the conference the following permanent officers were elected for 1935 and were later installed by G. Hamilton Francis, Basileus of Lambda Omega:

The Second Virginia Omega State Conference was held May 17-18, 1935 in Lynchburg, Virginia and was hosted by Gamma Omega Chapter.  This meeting was called to order by Vice President Taylor in the absence of President E. A. Archer, who was compelled to resign because of a long siege of illness.  At this meeting, Conference leadership established an organizational agenda to normalize and focus the efforts of the Virginia chapters. This statewide agenda called for an organized and concerted attack on the economic, civic, and social problems that hindered the progress of the Negro in the South, and especially the progress of the Negro College man. A hallmark of the Conference’s resulting action was the implementation of efforts to register Negro voters. This was the brain child of Luther Porter Jackson of Delta Omega Chapter, who would go on to lead Omega’s voter registration efforts in the State of Virginia for many years.  This conference was attended by a number of national officials including:  William E. Baugh, Vice Grand Basileus; J. Arthur Weiseger, Grand Keeper of Records and Seal; Frederick S. Weaver, representing Herman Dreer the Editor-in-Chief of the ORACLE. At this second conference, newly elected officers were installed by J. A. Jordan, Basileus of Gamma Omega Chapter. A. B. Green of Lambda Omega Chapter was elected as the second permanent President of the Virginia Omega Conference.

The Third Virginia Omega State Conference was held May 8-19, 1936 in Richmond, Virginia. Led by its Basileus, James E. Segear Phi Phi Chapter was the host chapter. Newly elected officers at this third conference were:

The fourth Virginia Omega State Conference was important for its implications in leading to the later establishment of Districts nation-wide. The conference was held May 14-15, 1937 at the Hotel Dumas in Roanoke, Virginia. Oliver W. Hill, then a member of Gamma Alpha Chapter, served as President. In attendance were:  Grand Basileus William E. Baugh (who was attending his third Virginia Conference), Vice Grand Basileus Jesse O. Thomas, Editor-in-Chief of the ORACLE R. D. Baskerville, Managing Editor of the ORACLE Frederick S. Weaver, and Fourth District Representative C. W. Seay of Delta Omega Chapter. Ellis F. Corbett, the Conference secretary, reported that while attending the 25th Jubilee Conclave in Philadelphia, Pennsylvania several months earlier in December 1936, he was “literally swamped by requests for information about the Virginia Omega State Conference.” Corbett also reported that “practically all the national officers had paid tribute to our effort here in Virginia.”  Grand Basileus Baugh was quoted as saying, “This conference has gone beyond the experimental state and is doing a very constructive and effective piece of work. The program should challenge the admiration of every Omega man in the nation.”  Finally, Corbett reported, “It was through the efforts of the Virginia Conference that Virginia was set aside as a separate district” in Omega.  Bro C. W. Seay of Delta Omega Chapter was appointed as the first District Representative of this new Fourth District.

The fifth Virginia Omega State Conference was held May 13-14, 1938 in Petersburg, Virginia with A. M. Banks of Delta Omega as president, followed by the Sixth Virginia Omega State Conference on May 12-14, 1939 in Norfolk, Virginia. Lambda Omega Chapter hosted the sixth state conference, which was led by conference president, A.G. Macklin of Gamma Alpha Chapter. In attendance were Grand Basileus Albert W. Dent and H. Carl Moultrie I. The theme of the sixth Virginia Omega State Conference was “Juvenile Delinquency,” a topic with which Moultrie had considerable experience. At the time, Moultrie was the Executive Secretary of the Colored Boys Club and the Colored Probation Officer for the City of Wilmington, North Carolina. Moultrie was then a member of Omicron Omega Chapter in Wilmington, North Carolina and was invited by the Conference to represent the Sixth District and speak on juvenile delinquency.

Throughout these formative years, the State Conference proved to be one of the most effective and transformational organizational constructs to date within Omega, largely because of its capacity to nurture and promote inter-chapter and inter-level (chapter, state, and national) programmatic resonance and alignment. Although districts existed concurrently, until 1936 District Representatives did not represent the chapters as they were appointed by the Grand Basileus and represented the national body. District Representatives and the districts to which they were assigned were primarily deployed by the national body to manage fraternity expansion, not program execution, the success of which relied heavily on chapter involvement, communication, and cooperation. This was better accomplished through the State Conference model.

Although the national body stopped appointing District Representatives in 1936, and they were thereafter elected by the chapters, it wasn’t until the period between 1936 and 1947 when the State Conference and district organizational constructs merged into the district model that exists today. The Sixth District, composed of North Carolina and South Carolina, led the way with the initial District Conference in 1936.  Virginia, which made up the Fourth District, quickly followed in 1937 with both the Virginia Omega State Conference and the Fourth District Conference coexisting until 1942. The District of Columbia was at the time in the Third District which also included Pennsylvania, Delaware and Maryland. The original five districts had been increased to seventeen by 1928 and reduced to a total of eleven by 1942. In 1943, the Fraternity underwent a reorganization that resulted in chapters being organized into one of twelve districts.  At that time, Virginia, the District of Columbia and Maryland were organized into a new Third District. Later modifications in the early 1950’s resulted in the elimination of the Eleventh District, with all of its chapters consolidated into the Eighth District.

The Third District currently has 43 chapters and approximately 2011 members. A member of the Third District has held every Grand Office. We have had several members serve as Grand Basileus dating back to the Founders, men initiated at Alpha Chapter. We are also proud of the eight undergraduates that served as Second Vice Grand Basileus. The District of Columbia has held 10 Grand Conclaves most notably were the 50th Golden Anniversary in 1961, 75th Diamond Anniversary in 1986 and the 100th Centennial Anniversary in 2011. Virginia has held only one Grand Conclave, the 20th, in Richmond in 1932.

“In May 1942 was held the first meeting of the then newly organized Third District Conference of Omega Psi Phi Fraternity which replaced the old historic conference [that] for nine (9) years was the Third District that performed some of the greatest work in the history of the fraternity.”

- Excerpt from the Report of the Keeper of Records and Seal for the Third District of the Omega Psi Phi Fraternity, Inc. in 1946

Sources provided upon request by email to 3dhistoryandarchives@gmail.com.