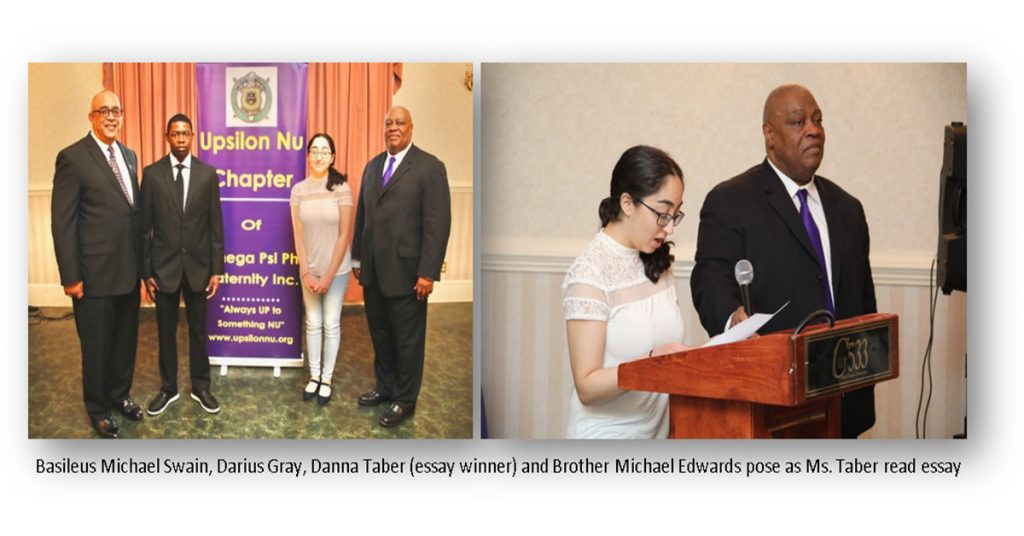 This year voting was the closest voting we have ever had, stated Brother Michael Edwards, the Achievement Week Committee Chairman. This year’s theme:

“The U.S. Census projects that the United States will become a majority-minority country by the year 2045. How can we combat, prevent and/or reduce prejudice, discrimination and violence in a new, more diverse America? “This year’s topic really challenged the contestant’s abilities to research and consolidate their ideas. Upsilon Nu announced the winner and runner-up recipient. The winner was Danna Taber, senior from Henrico High School, in Henrico, Virginia. Runner up was Mr. Darius Gray at student at Franklin Military Academy. Ms. Taber read her essay to those in attendance at the Achievement Week Program. 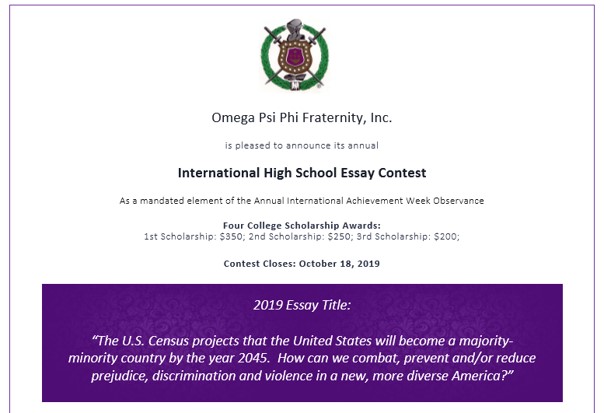