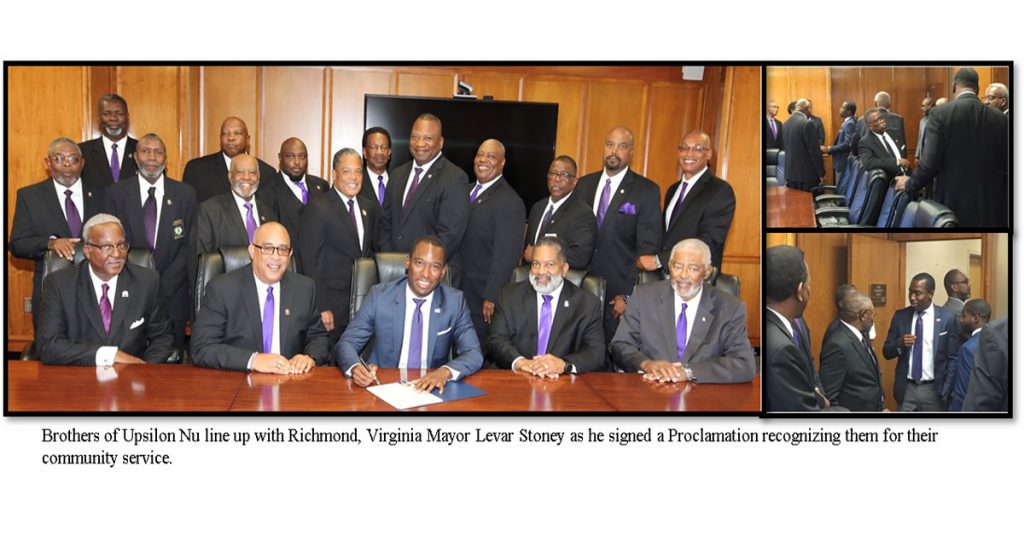 Mayor Stoney recalled that during the “National Night Out”, he attended and gave a speech, how impressed he was to see so many members of Omega Psi Phi Fraternity, Inc. in attendance and not only supporting the event but actively engaging with many of those in attendance.

“I appreciate that Mayor Stoney took time out of his busy schedule to give the chapter the opportunity to meet with him as he signed the Proclamation for “Upsilon Nu Day October 11, 2019”, stated Brother Michael Edwards. Mayor Stoney was very cordial and appreciated the community service Upsilon Nu continues to provide to the community” stated Basileus Michael Swain.

Members of the mayor’s executive team were also present to help honor Upsilon Nu at this special award ceremony. Ms. Laura M. Harrison, Senior Assistant to the Mayor's Office thanked Bro. Edwards for working with her to gather all the information required to make the event a successful affair and looked forward to continuing the relationship between Upsilon Nu chapter and the city of Richmond.