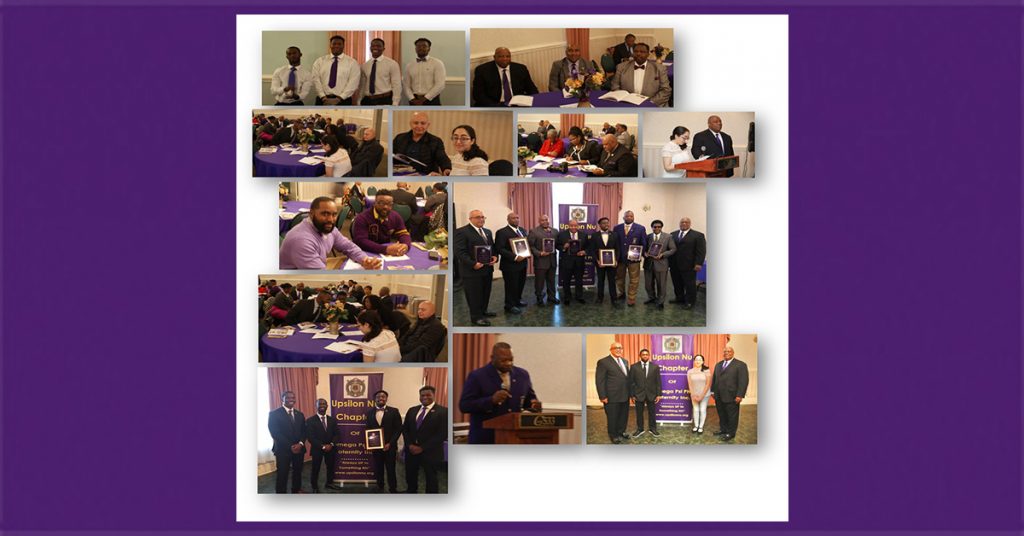 The program is held to recognize those individuals at the local and international levels who have contributed to community uplift and the High School Essay Contest was held in conjunction with the Achievement Week Program.

The theme for the contest was: “The U.S. Census projects that the United States will become a majority-minority country by the year 2045. How can we combat, prevent and/or reduce prejudice, discrimination and violence in a new, more diverse America? “

We were especially fortunate to be address by Bro. James Clark as our Keynote Speaker, a past Basileus of Upsilon Nu. Keeping the link was a resounding theme. With Family and Friends and God. the keynote address on this year’s theme. "Omega – Now is the Time for Serious Thinking and Impact." Bro. Clark took the listeners on a special journey as he wove this year’s theme. The audience were very excited about the program with its content featuring articles displaying just some of the work performed by the chapter. We were also very happy to jointly have Phi Delta participate in this year’s program. Phi Delta Basileus recited the history of the Fraternity and spoke on their participation in the achievement Week program.