While Sigma Mu Mu’s Achievement Week observance included the uplifting community service activities, the Awards Brunch was the most highly anticipated activity once Brother Clyburn was confirmed as the keynote speaker. Excitement and anticipation grew when Brothers learned that former Grand Basileus Dr. Andrew Ray also planned to speak during the program. These Omega giants did not disappoint! During his remarks, Dr. Ray commented on the relevance of the Achievement Week theme, “Omega Men Protecting Life and Liberty,” observing that Omega men always lead the way. He used the sports analogy of a relay race baton handoff to illustrate the importance of perfecting the handoff in life: if the handoff is botched in a race, the relay team loses the race; similarly, if Omega men and other responsible citizens fumble the handoff in life (e.g., fail to pass along meaningful values and traditions), precious lives are lost to the ills of society such as gun violence, drug addiction, and lack of education, among others. Brother Ray stressed the need to hand off vision informed by hindsight (history), insight (the present), and foresight (the future). The former Grand Basileus’ remarks provided a nice segue to Brother Clyburn’s keynote speech.

Brother Clyburn commented that he studies and uses history as a guide, emphasizing the need for Omega men and African Americans, in general, to stay vigilant in protecting rights and institutions. He cited existential threats to HBCUs and attacks on democracy as examples of why vigilance is needed. To underscore the importance of preserving the integrity of HBCUs, Brother Clyburn shared a conversation he had with Brother Ronald McNair prior to his untimely death in the Space Shuttle Challenger accident. Brother McNair observed that the PhD degree he earned from MIT always seemed to get highlighted during public introductions. Still, Brother McNair said, it was his North Carolina A&T experience that enabled him to achieve. Brother Clyburn concluded his keynote message by encouraging everyone to participate in the democratic process and treat each other with respect. He noted that friendship cannot exist without trust, honor, and respect. 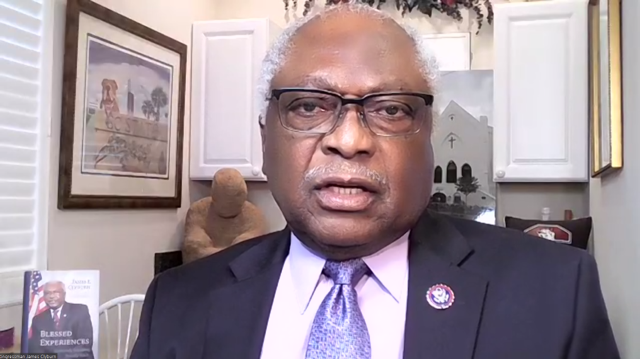 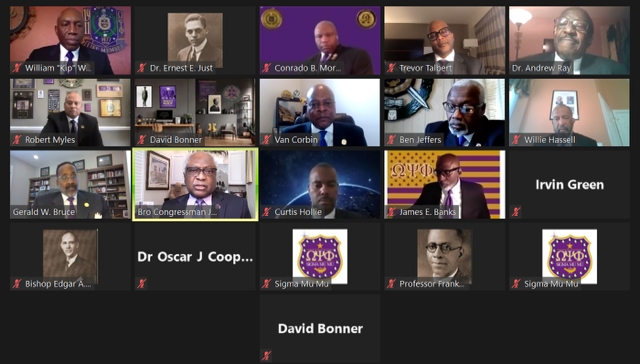