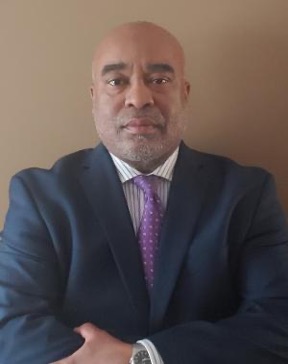 Brother Robert C. Warren, Jr. (“Rob”) was initiated into the Omega Psi Phi Fraternity, Inc. under the auspices of Alpha Chapter on March 21, 1980, as Number 11 on “Boss Gray’s 24 Chics of Boston. During his tenure at Alpha Chapter, Rob served as Dean of History for the 1981 Line, Keeper of Records and Seal, and Basileus.

On the graduate level. Rob was briefly a member of Kappa Psi Chapter in Washington, DC, and for the last 36 years, he has been a member of Alpha Omega Chapter, also in Washington, DC. Rob has served in many capacities within Alpha Omega, serving as Basileus and Vice-Basileus. He has also served as Chapter Counsel, and has chaired several committees, including Reclamation and Retention, Membership, Social, Fundraising and the Mother Day Cruise Committees. Presently, Rob serves as a member of the Reclamation and Retention, Membership, Social Action and Undergraduate Advisory Committees.

Presently, Rob is the Vice-Chairman of the International Risk Management Committee, the Deputy International Inspector General and an Assistant to Grand Counselor Benjamin Crump. Rob also previously served on Omega’s Grand Tribunal under the administration of the 36th Grand Basileus, Brother Lloyd Jordan. It should be noted that Rob’s favorite role in Omega is a “Friend” and “Brother.”

Professionally, Rob has made a career out of public service, as a District of Columbia government attorney for 35 years. He has served as a Legislative Staff Director at the DC Council, Managing Attorney at the Child and Family Services Agency and General Counsel and Deputy Director at the Department of Consumer and Regulatory Affairs. Rob is currently a Senior Counsel with the Department of Human Services, with a portfolio that includes personnel and labor relations, ethics, risk management, contracting and procurement, public assistance fraud and Freedom of Information Act issues.

He is native of New York, born in Brooklyn and raised primarily in Queens. Rob is blessed to still have both parents alive and healthy. Mom, Kathryn, is a retired elementary school principal, and Dad, Robert, Sr., is a retired postal inspector. His sister, Wendy (a 1995 Hampton alumna) is also an attorney, practicing in Richmond, Virginia. Rob has been married for almost 25 years to the former Simone Nelson and is the super proud father of two adult daughters: Rhea, a writer and editor; and Paige, a hairstylist and wig designer. Rob is a member of Mt. Horeb Baptist Church in Washington, DC, where he enjoys singing in the Male Chorus and the Gospel Choir.