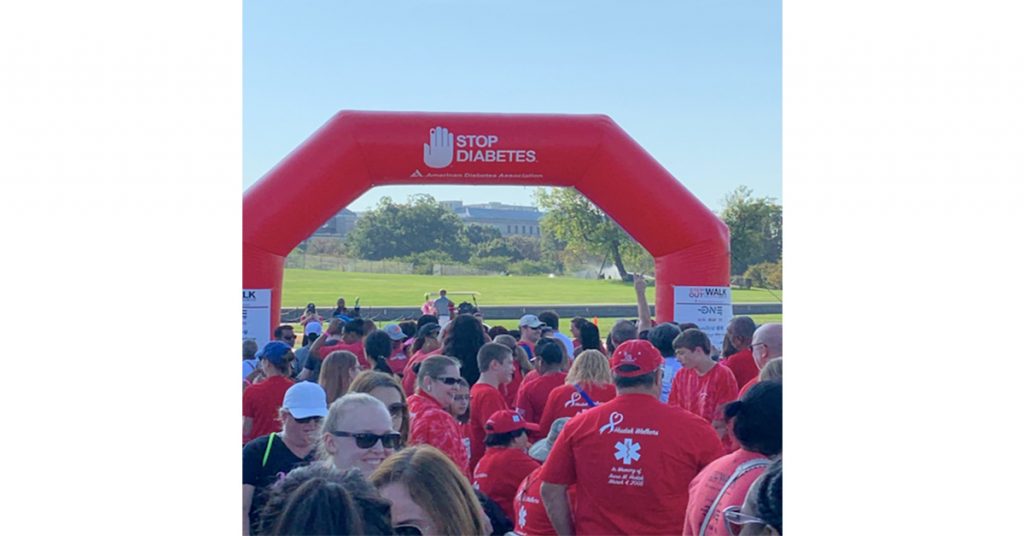 Pi Lambda Lambda (PLL), Third District, Omega Psi Phi Fraternity, Inc. joined with hundreds of other enthusiastic walkers on Saturday, September 21, 2019, to participate in the Annual American Diabetes Association STEP OUT: Walk to Stop Diabetes. Not only did the brothers of PLL field an energetic team of walkers, the efforts of the Brothers, their families, friends and supporters placed the chapter among the top three fundraising teams in the Metro DC area.

With one of every 10 Americans afflicted with this disease, PLL is home to numerous Brothers who battle this disease daily. The life-altering effects of Diabetes have fueled the inspired efforts of PLL Brothers to collectively engage in the fight against it. We understand this fight to be a “family affair” and realize that the ultimate victory against this disease will benefit our Brothers and our family members, as well. The imperative is real and the Brothers of Pi Lambda Lambda Chapter rose to the call. The goal of combatting the insidious and pervasive disease of Diabetes is an annual challenge that PLL is more than willing to face.

Since the Chapter’s founding in Dumfries, VA, in January 2004, PLL has supported public and community events across the region, benefiting scholarship, health promotion, youth mentorship, citizenship and social action. PLL has previously been named the Omega Psi Phi Fraternity, Inc. International Chapter of the Year for three separate years since the Chapter’s founding. PLL is honored with this most prestigious honor bestowed by the fraternity.