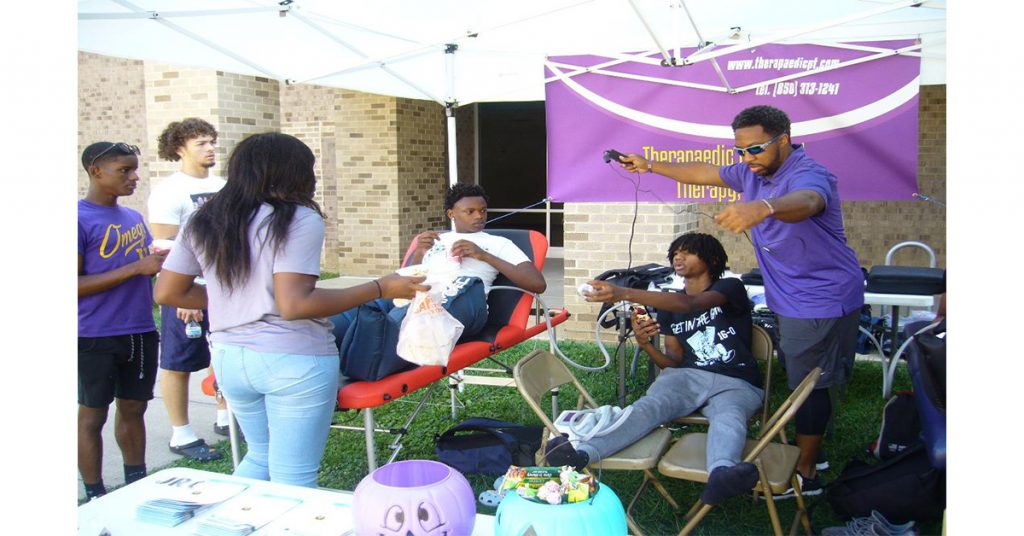 Community Day was a family-friendly event designed to increase the surrounding community’s participation with the school, and encourage school spirit.  In addition to the 5K, the school also set up school club recruiting tables, and multiple stations, to include the Army National Guard, the Prince William County Police, a dunk tank, and multiple food vendors.

More than 300 people attended Community Day and its various stations.   Brother Mario Anderson’s physical therapy station was an very popular with the students – especially members of the school’s football team, and participants from the morning’s 5K.  The overall event was a success, and Ms. Regina Nash, Potomac High School Assistant Principal, invited the chapter back for the 2020 school year’s Community Day.

Potomac Senior High School is one of the partner schools for the chapter’s mentoring program, Omega U.   Proceeds from the 5K were donated to Omega U and the Baron “Deuce” P. Braswell Run Against Teen Violence.