OKK Basileus Bro. Julian Purvis is a Trustee at First Baptist, and he facilitated the program, which featured Ambassador Suzann Johnson Cook as the featured speaker. Alumni of HBCUs and members of the Divine Nine Greek letter organizations were recognized. OKK and Omega Psi Phi had strong contingent with a dozen Brothers attending.

Ambassador Cook, founder of the Bronx (N.Y.) Christian Fellowship Church, was Ambassador At-Large for International Religious Freedom during the Obama Administration, is a member of Delta Sigma Theta Sorority Inc. She spoke on the topic Strengthened By The Struggle, which was taken from the Book of Exodus.

Following the service, the OKK and the HBCUs and other fraternities and sororities that were represented set up displays in the fellowship hall highlighting their activities and recounting their history. 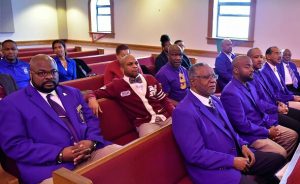 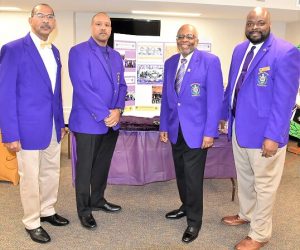