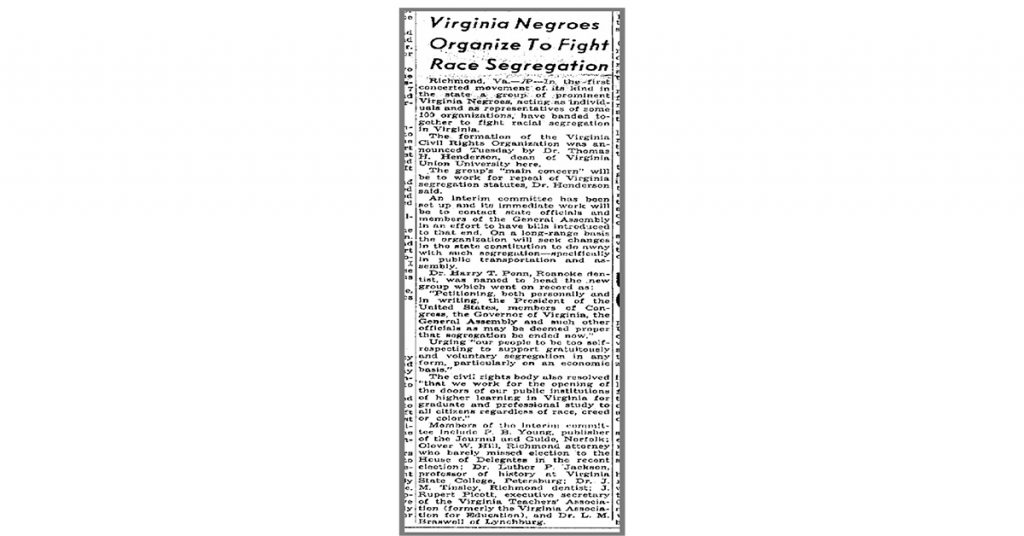 One of the most powerful qualities of Langston Hughes' artistry was his poignancy. His art was clever and piercing; but most of all it was poignant. It contextualized and invoked, and in so doing it moved.

Where is the Jim Crow section
On this merry-go-round,
Mister, cause I want to ride?
Down South where I come from
White and colored
Can't sit side by side.
Down South on the train
There's a Jim Crow car.
On the bus we're put in the back—
But there ain't no back
To a merry-go-round!
Where's the horse
For a kid that's black?

Five years later, brothers Harry T. Penn, Oliver W. Hill, Luther P. Jackson and others organized the Virginia Civil Rights Organization to, among other important things, ensure black kids could always ride the metaphorical merry-go-round in the "Commonwealth" of Virginia. I looked up the origin of the word commonwealth and learned that it was of English derivation and refers to the common "weal" (well-being) of the public. Penn, Hill, and Jackson through the Virginia Civil Rights Organization set out to make Virginia live up to its name. For a contemporaneous account of the brothers' agency, check out the attached December 17, 1947 article that appeared in the Kingsport Times (Kingsport, Tennessee). (You will likely need to enlarge or zoom in on the print as it may be challenging to read).