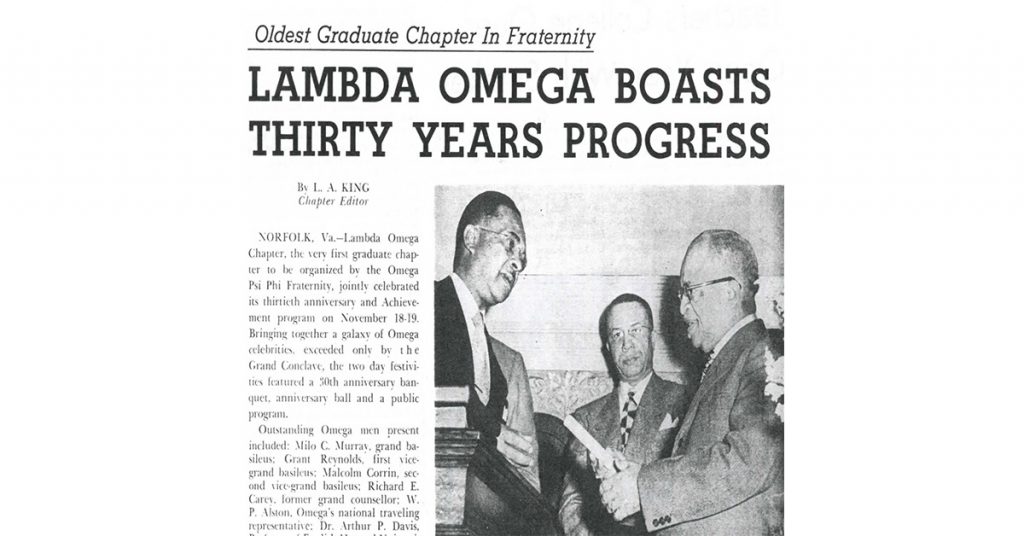 The December 1950 Oracle included an article on Lambda Omega’s 30th Anniversary celebration that highlighted the Chapter’s leadership within and contributions to the Fraternity. We hope you find the article informative. One of Lambda Omega’s many firsts is the creation of the annual “Omega Award” in 1932. This award is now known as the Omega Man of the Year Award, the criteria for which includes the statement “This nominee should also be one who has made significant contributions to his community.”