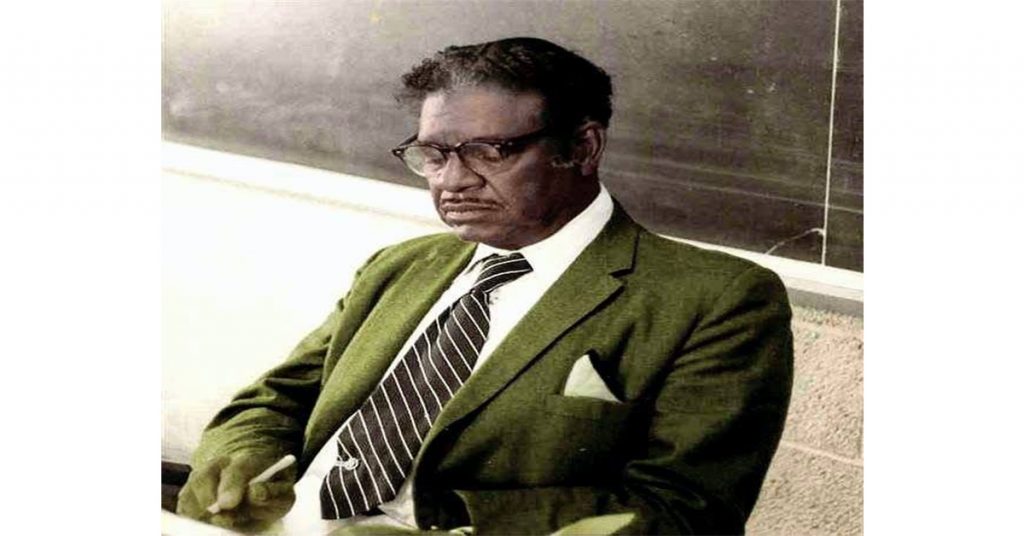 Greetings Brothers!In May of 1946 Robert Lewis Gill, long time Professor of History and Government at Morgan State College, former Grand Historian, and author of Omega Psi Phi Fraternity and the Men Who Made Its History a Concise History (1963), published a paper titled, The Walls of Educational Inequality Slowly Crumble (Click here to download). Brother Gill's treatise highlights the limited opportunities for blacks at the time to pursue higher education and the fight on judicial and legislative fronts to disrupt that reality for the better. He discusses the impact judges and legislators had, or could have had, on that disruption. As we are in the midst of arguably one of the most consequential congressional and presidential elections of our time, I was struck by Gill's relevant and timely historical point of reference, which underscores the importance of our extraordinary involvement in this upcoming and all future elections.

A lifetime ago I co-owned a daytrading firm that specialized in providing electronic access to the NASDAQ and DOW to individuals interested in trading stocks. This activity was by no means investing. The objective was to pocket a profit by taking advantage of intraday or short-term changes in stock prices. During this time I became intrigued with understanding patterns in stock price movements that were predictors  of momentum in one direction or the other. Stock price oscillations were/are known as stochastics and, depending on a variety of market factors, these stochastics will trend in a particular direction and will sometimes form patterns that precede movement upward or downward. One such pattern is commonly known as the "cup and handle." NASDAQ defines the "cup and handle" this way:

The cup-and-handle pattern is aptly named because it resembles a teacup with a handle. On a stock chart, the cup appears as "U" shape. The handle appears as if it had the shape of a backslash symbol or "\". The cup and handle is a bullish continuation pattern. It is marked by a consolidation , followed by a breakout.

(Here is another explanation and visual - https://www.investopedia.com/terms/c/cupandhandle.asp)Whenever a stock broke out of a pattern to the high side, we would say it was reaching higher highs.  What a great concept! Martin Luther King, Jr. said "the arc of the moral universe is long, but it bends towards justice," which he paraphrased from Theodore Parker, a 19th century abolitionist minister. Others have subsequently made a similar reference to "the arc of history."  I guess my problem with that metaphor (and perhaps I'm being too literal) is that the path of an arc bends back on itself. Depending on where you begin on the arc, what was once ascending eventually descends. What was at one time progressive becomes regressive. When you compare our current civic and political circumstance to what Brother Gill chronicled in 1946, it seems "the arc of history" metaphor applies. That said, I'd like to believe that however jagged, the upward trend of progress better describes history's path. Sweatt v. Painter (see Gill paper) was a breakout moment. Perhaps the 2020 elections will be the handle to this current cup of retrenchment.
Judges matter. Congressmen and congresswomen matter. Consolidation matters. Breakouts matter.Higher highs matter.Make it a great week Brothers. Be noble! F.I.E.T.T.S.3rd District History and Archives Committee___________________________________The Monday Pearl is provided by the Third District History and Archives Committee and is a weekly sharing of fraternity content, commentary, and research of historical value we hope Brothers will enjoy and from which Brothers will draw inspiration. Previous "Pearls" can be found at http://3rddistrictques.org/about-us/overview/monday-pearl/. The Committee encourages your feedback. Should you have reactions, comments, information, anecdotes, documents, and the like, related to any of the content we share, we'd very much like to hear from you. Please send all communication to 3dhistoryandarchives@gmail.com.