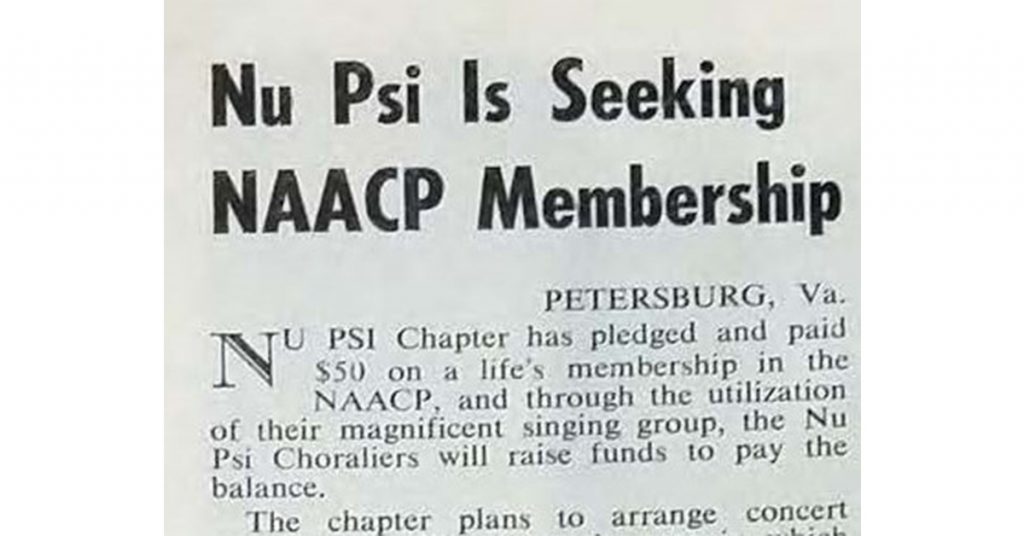 It was encouraging to recently hear that several of the undergraduate chapters throughout the Third District are having new life breathed into them. What a great time to emphasize that Friendship is Essential to the Soul, not only to the souls of its members but also to the Fraternity itself. Omega too has a soul which is nurtured by its members in their practice of purposeful fraternalism. As new members come into the fold, I dare say they, we, and the organization in general could stand to benefit from their exposure to a broader historical context than others have been exposed to in recent years. for it is in this exposure where the Omega brand of purposeful fraternalism is on display and most illuminating.

In the Preface of the Dreer it reads: "Each year hundreds of young men are initiated into the Omega Psi Phi Fraternity. The brothers believe that these new men, to carry the Fraternity on, would be best prepared for the task by knowing of the Founders, by knowing how they worked when they were undergraduates in college. Not only an acquaintance with the Founders, but a comprehensive
knowledge of the history of the Fraternity is regarded by the brothers as a very important phase of a classic education for leadership in the organization. This knowledge is another Pierian Spring of which the novice must drink deeply."

Will we/are we making frequent and meaningful trips to the Pierian Spring with our young Brothers? Does their education start in 1980 or 1990 or does it go back further...deeper?

Thanks to many of the great Oracles of the past and other resources, one does not need to organize a road trip to Macedonia to be quenched by the Pierian Spring. Case in point - In the attached May 1956 Oracle there appeared a short article on the goings-on at Nu Psi chapter on the campus of Virginia State University. The article is rich with the spirit. The Brothers were a positive, powerful, and connected force on campus. They were active, contributing, achieving, and in doing so their friendship nurtured the soul of Omega, as they too were being nurtured. This is a very important connection that I pray is part and parcel to the indoctrination and resultant paradigm shared by our new members.

The Nu Psi article also highlighted the importance of the black press during the time. I enjoyed the references to the Norfolk Journal and Guide, Afro, and Pittsburgh Courier - all of which have Omega connections and have been subjects of past Monday Pearl messages.

The committee has also included a loosely related but interesting article and other info on Brother Joseph Yancey. Brother Yancey was a Second District Omega man who spent his undergraduate years at Virginia State. Although he was not initiated as an undergraduate, he later entered Omega as a graduate member in 1950 through Kappa Omicron chapter in Bronx, NY. I was unaware of Brother Yancey's story and thought other might be uplifted by his contributions. Perhaps Brother Yancey's sense of purpose was shaped by his time in Ettrick, Va. In addition to the attached article, please make time to check out this link https://www.nycgovparks.org/parks/macombs-dam-park/highlights/11685 and read the following from the Second District website:

"Bro. Joseph J. Yancy Jr. (‘50 Kappa Omicron) In 1936, Bro. Yancey Organized and co-founded the New York Pioneers Track and Field Club. This interracial track team, which has developed many Olympic athletes, was the first of its kind in the United States. Bro. Yancey offered total commitment to his group, which was often the only place for Asian-American, African-American, Italian, Jewish, and female athletes to practice.

In the Olympics of 1948, 1952, and 1956, Yancey served as the head coach of the Jamaican Olympic team. His 1952 group included the “Flying Quartet,” a relay team that ran the 1,600 meter race in 3 minutes, 39 seconds, thereby winning the gold medal in world record time. He also worked with Olympic teams from the Bahamas (1956 and 1960), British Guyana (1960), and the U.S. Virgin Islands (1968). Yancey never got to coach the Olympic team of his home country. Until recently, this post was reserved for well-known college mentors or athletes, a distinction that for many years passed over Joe Yancey and other African Americans. When the United States finally hired the first non-white Olympic coach in 1984, however, it was Larry Ellis, a man whom Yancey had coached with the Pioneer Club. Among Yancey’s many lifetime awards and honors were several prestigious inductions, including to the Black Athletes Hall of Fame, the National Track and Field Hall of Fame, and the Harlem Professionals, Inc. Hall of Fame."