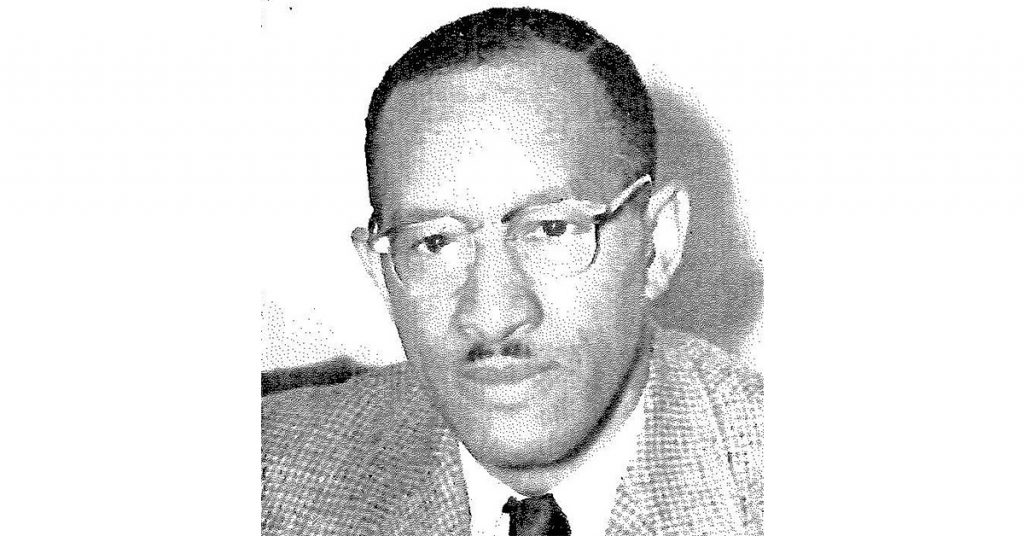 In many of the old Oracles Brothers who demonstrated an ability to execute, mobilize, and affect progress were often referred to as "wheels". The wheels of Omega took it upon themselves to ensure our programs, administration, and appreciation of fellowship remained a going concern.Many of these same Brothers (and others) were "wheels" in their respective fields and professions.

It should not be surprising that In the field of education Omega claims many "wheels" past and current. After all, what better expression of Manhood, Scholarship, Perseverance, and Uplift is there than to show someone how to realize their potential and change their circumstance for the better through education. One might rightly proffer that thanks to the contributions of countless Omega educators, both a race and a country have been immeasurably uplifted.

Some of these "wheels" are more known than others - Ben Mays, Albert Dent, Luther Jackson, etc. Some are less known but important all the same. The principled sacrifices these men made to turn the wheels of progress are highlighted in this passage that appears in a profile of our 22nd Grand Basileus John F. Potts, Sr.

"On May 17, 1954, the Supreme Court ruled in the case of Brown v. Board of Education of Topeka outlawing segregation in public schools. That same month, the Board of Trustees of Voorhees School and Junior College in Denmark, South Carolina, offered Potts the position of President of the college. The offer came as a surprise to Potts. He enjoyed Avery and the City of Charleston, as did his growing family. Deciding to leave Avery was difficult for him. To make his decision more challenging, Voorhees was in financial trouble and was experiencing academic and administrative problems. The school was on the verge of closing and needed immediate attention. To keep Potts at Avery, the Charleston School Board offered him the position of Supervisor of Negro Schools, however, Potts’ sense of duty and service prevailed, and he did not accept.

He was aware of the hardships endured by the school’s founder, Elizabeth Evelyn Wright, to create educational opportunities where there were none, and he felt he should do whatever he could to save the institution. Potts wrote in a letter to the Chairman of the Voorhees Trustee Board, “I have decided to take the presidency of Voorhees because I believe it affords me a larger opportunity for service.” On June 1, 1954, Potts traveled to Denmark, South Carolina to become Voorhees’ next president.

Potts served as President of Voorhees from 1954 to 1970. During his administration, through planning and perseverance he brought the institution from the brink of closing its doors to financial solvency and academic credibility. Soon after taking office, Potts created a new vision for the school that included strengthening the academic program, increasing income and broadening the financial base, improving the physical plant, and becoming a fully accredited four-year liberal arts college. He accomplished all these things, and in doing so, he not only transformed the institution, but transformed the lives of thousands."

While Potts hailed from the Sixth District, there is no shortage of education "wheels" in the Third District. One such educator, Brother Dr. Arnette G. Macklin served as Director of the National Achievement Week Committee before Grand Basileus Harry T. Penn appointed him Chairman of the Scholarship Commission in 1949, a post he would hold until 1953. When Potts was elected Grand Basileus in 1953, he appointed Arthur P. Davis (from the Third District) to lead the Scholarship Commission, but enlisted Macklin's continued support on a panel of qualified Omega educators to discuss how the Fraternity could better emphasize and improve undergraduate academic performance.

Macklin was a true and loyal son of the Third District. Born in Roanoke, VA in 1904, Macklin attended and graduated from Virginia Union University where he pledged and was initiated into Omega through Zeta Chapter in 1926. After receiving masters and doctoral degrees from the University of Michigan and Ohio State University, respectively, Macklin returned to Roanoke. Upon his return, Macklin assisted in chartering Gamma Alpha chapter in 1933. Macklin would go on to serve as Basileus of Gamma Alpha chapter before taking a position at Virginia State College where he focused on improving the state of general education in the State of Virginia. While in Petersburg (or more accurately, the "little town of Ettrick" I'm told), Macklin proceeded to turn big wheels as a member and Basileus of Delta Omega chapter and the Director of the Division of Basic Education at Virginia State College.

Please make time to read the attached short article that appeared in the December 1958 Oracle upon Brother Macklin's transition to Omega Chapter.

Please also take time to thank at least one current and former Third District educator for their service and contribution. You are MSPU personified (not to be mistaken for MSP Certified - LOL).