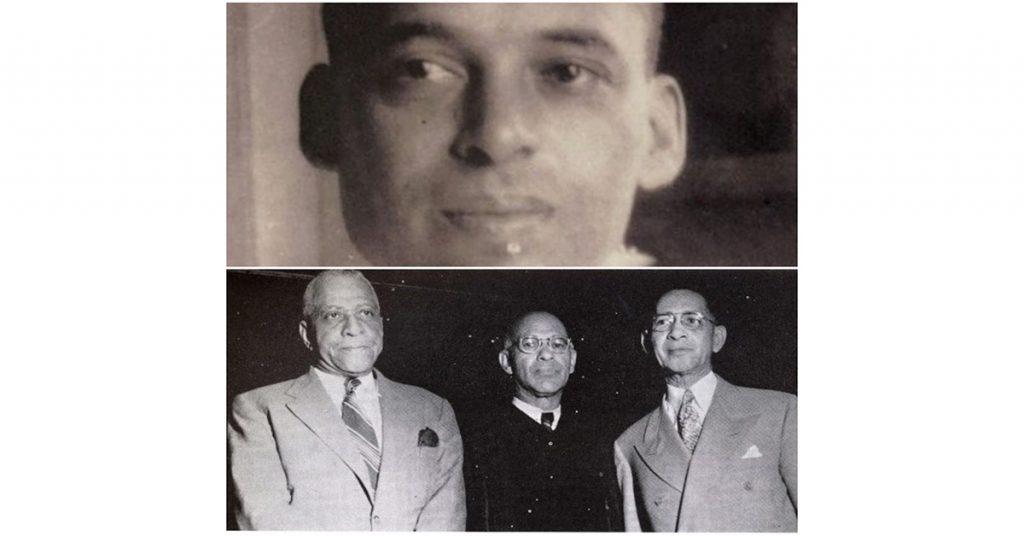 During this year’s Founders Day Rededication Ceremony held on the campus of Howard University in Washington, DC, (kudos to all the brothers involved) Grand Basileus David Marion shared many uplifting remarks. Brother Grand began his remarks by recognizing the hallowed fraternal ground on which we had gathered to fellowship and rededicate ourselves to her cause. I found myself recalling in my mind the several books and other resources responsible for my fraternal point of reference and context. I began to recall passages from our first history book, The History of the Omega Psi Phi Fraternity: A Brotherhood of Negro College Men 1911 – 1939.

“They stood on the steps of the main building and looked West, North and East. They observed Clarke Hall, Miner Hall, the new Hall of Manual Arts, Science Hall and Carnegie Library. They left the main building and walked towards Rankin Memorial Chapel. At once they saw before them Washington, District of Columbia, and almost straight before them they saw reaching skyward the domes of the Capitol and the Library of Congress. They were inspired.”

“After discussing the matter on different occasions, Brothers Love and Cooper thought of their friend, Frank Coleman. They would do nothing vital without him. When they talked with Brother Coleman about the wisdom of organizing a national fraternity at Howard, Brother Coleman said that he had been thinking along that line and believed that it would be an honor for a national Negro. fraternity to be born at their Alma Mater and inspire Negro youth throughout the Nation. The friends discussed the matter many times, and as a result concluded that they should have some guidance. Brother Cooper at once suggested Professor Just, who seemed to him to have a keen appreciation for the problems of youth. The next day after class was out, while working in the laboratory,
Cooper discussed the matter with the young professor, who readily consented to serve as an advisor.”

As many times as I have been on this hallowed ground and read these passages, it never gets old and I have never been less than inspired.

I then recalled several years ago – 2012-2013 if memory serves me – when I had the idea to produce an audio series of fraternal books, articles, and other documents of relevance and import. My first “demo” production was a reading of “Chapter II: Laying the Foundation” from our first history book. Chapter II, if you recall, so vividly describes the conditions, thinking, and personalities that like chemicals when mixed would transform into a new and enduring molecular structure known as the brotherhood of the Omega Psi Phi Fraternity. On the occasion of our 108th anniversary I pulled my demo out of the crates. Have a listen (download here https://drive.google.com/open?id=1gzgvbHzyL1NuKSkEG1cHx7BKnucF8ATJ and reflect on the journey. If nothing else, and if you don’t have a hole in your soul, you will enjoy the Coltrane.