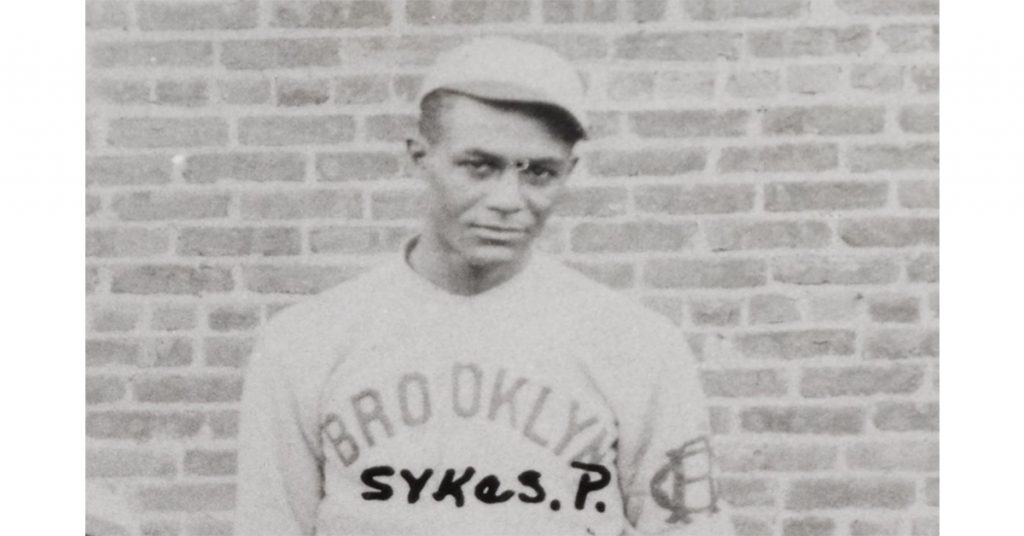 In the spirit of the season, please be uplifted by the following:

This pitching ace graduated from Howard University in 1915 and earned his DDS from Howard in 1918. A two-sport athlete, Frank Jehoy Sykes was the captain of Howard’s baseball team and never lost a collegiate game he pitched while playing professional baseball during summer breaks to help pay his tuition. Known for his famous spitball, Sykes pitched for five different Negro League teams during his career which spanned 1913-24. Named “Doc” by Negro League organizer, owner, and pitcher, Rube Foster, Sykes’ team, the New York Lincoln Stars, won the Colored World Series in 1915. In 1922, while playing with the Baltimore Black Sox, Sykes had his best season with a record of 30-6-1 and pitched a perfect game against the Bacharach Giants on September 16, 1922. While playing baseball, Sykes established a dental practice in Baltimore working during the day and pitching at night. He retired from baseball in August 1924 as the travel schedule of the Black Sox conflicted with his growing dental practice.

In 1926, Sykes moved back to his hometown, Decatur, AL, to help care for his mother. He established a practice in Decatur and became one of its standout citizens. In 1933, Sykes testified in a Morgan County Courtroom arguing his qualifications to serve as a juror in the retrial of the Scottsboro Boys. As a result of his testimony, he received death threats and, on two occasions, the KKK burned crosses on his property. Tiring of the racism in the South, Sykes moved back to Baltimore in 1938 and reestablished his dental practice where he remained for the rest of his life.

Nicknamed "Doc", Sykes was initiated into Omega through Alpha Chapter in 1914. He also was one of the original members of Pi (now Pi Omega) Chapter in Baltimore in 1921 and was fraternally active until he entered Omega Chapter in 1986.