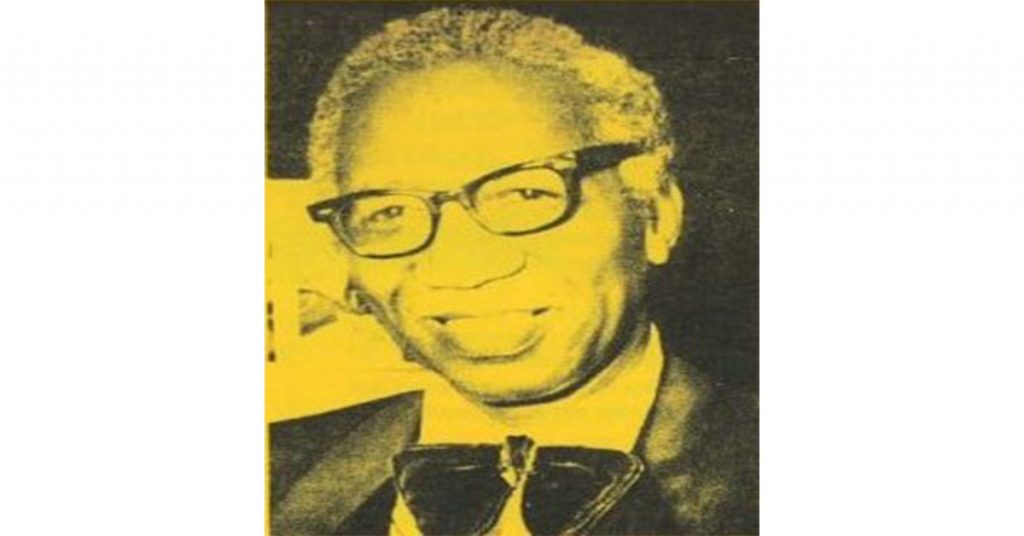 I sincerely regret failing to get a Monday Pearl message out last week. Suffice it to say that I sure could have used a few 25 hour days during that 7-day stretch.. My apologies. Although I attempted to channel the indefatigable Mr. Omega himself, Brother H. Carl Moultrie I, I realized I am no H. Carl Moultrie I.

In 1949, our very own Harry T. Penn welcomed Brother Moultrie as the Fraternity's first National Executive Secretary, a fitting ascendance. This marked the logical continuum in a remarkable legacy of service, purpose, and consequence. In the summer of 2016 I was honored to have the opportunity to write a feature story on the Honorable Judge Herbert B. Dixon, Jr. (Alpha 1966), in which I wrote the following:

"Dixon graduated from Georgetown in 1973 and subsequently clerked for fellow fraternity Brother and Georgetown Law School Alum, H. Carl Moultrie, I, then Associate Judge of the Superior Court of the District of Columbia. Brother Moultrie served as Omega’s first National Executive Secretary from 1949 – 1972 and was considered by many to be “one of Omega’s best known and respected sons,” and more affectionately, “Mr. Omega.” In 1978, Judge Moultrie became Chief Judge of the Superior Court of the District of Columbia and was recognized for his many years of service by the renaming of the DC Superior Courthouse Building in his name shortly after his passing in 1986. Brother Moultrie’s example would have a profound impact on Dixon during and after his clerkship. Dixon described Brother Moultrie as tirelessly committed to excellence in all he did. His enthusiasm was infectious. His energy, wit, sharp mind, thoughtfulness, and ability to quickly ascertain the right thing to say or do at the right time with an uncommon sense of economy was legendary. All of these qualities were elemental to Brother Moultrie’s unmistakable charisma, but perhaps most compelling was his keen sense of what it means to be human and his related ability to engineer our tendencies, capabilities, and limitations as human beings into a workable and productive organizational circumstance. This served Brother Moultrie well as Chief Judge of the D.C. Superior Court, and as Omega’s first National Executive Secretary. Dixon was uplifted."

This Monday Pearl attempts to present to some and introduce to others (in less encyclopedic and more human terms) Brother H. Carl Moutrie, I, an exemplary Omega. Included in the attached documents is an interesting record of the deliberations that took place leading up to Brother Moultrie's selection as our first National Executive Secretary.