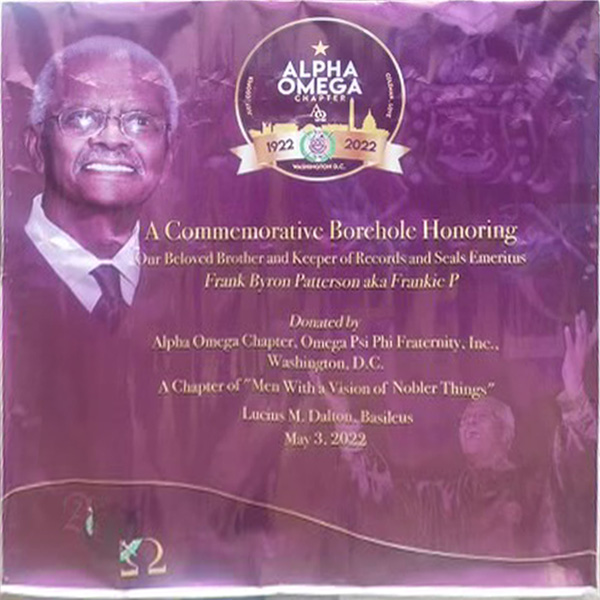 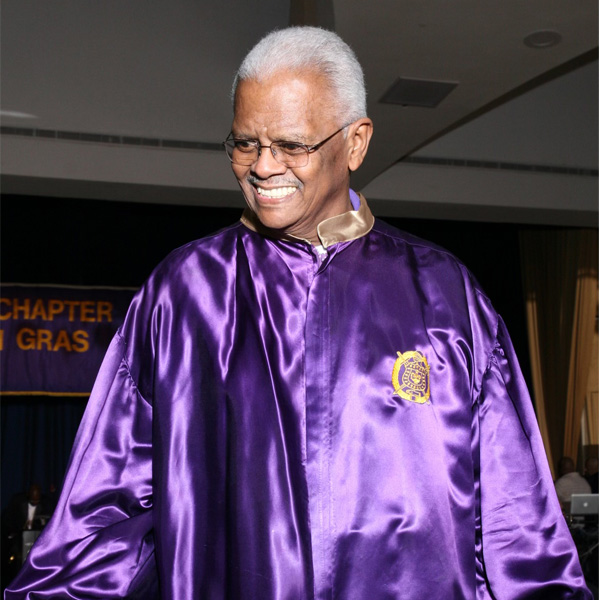 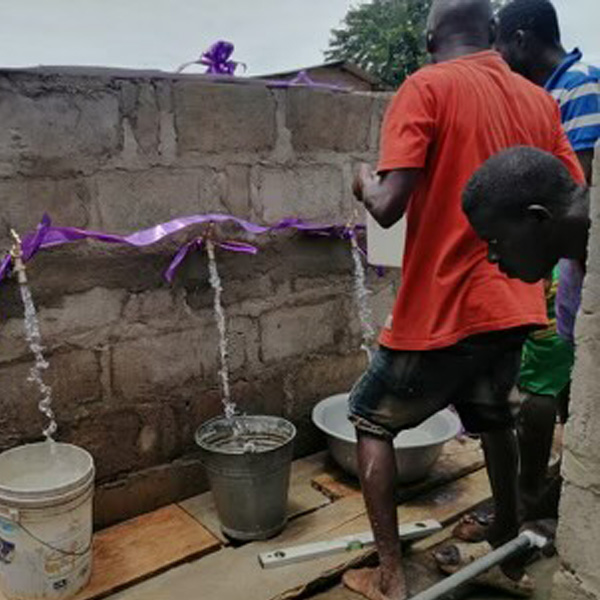 On May 3, 2022, Brothers of Alpha Omega Chapter, Third District of the Omega Psi Phi Fraternity, Inc., cut the ribbon allowing water to flow from the Commemorative Brother Frank Byron Patterson Borehole in Ghana. This borehole was the second made possible by funds from the Alpha Omega Chapter of the fraternity.

In April of 2021, Alpha Omega Chapter donated monies to build a drinking well in Ghana in memory of Alpha Omega’s own, the late Brother Harold J. Cook. Brother Cook was a frequent visitor to Africa, particularly Ghana.

Liquid water is an essential requirement for life on Earth. The body needs water to function. Humans can only survive without water for about three days. We, in the Western World, take water for granted. Our planet may never run out of water. Yet, we must never forget that clean and fresh water is not always available when and where humans need it. The United Nations estimates that approximately 115 people in Africa die every hour from diseases linked to poor sanitation, hygiene, and contaminated water.

The Alpha Omega Chapter’s fiscal year 2022 budget included funds for building another drinking well in Ghana. The chapter decided to name this borehole after Alpha Omega’s own, the late Brother Frank Byron Patterson, affectionately known as “Frankie P” (15-62-A).
Brother Patterson’s accomplishments in Omega were too many to list. One of his proudest was Third District Keeper of Records and Seal Emeritus.

Many Brothers have their own “Frankie P” story. Brother Kenneth A. Brown provided one of his most memorable stories: “I first met Frankie P in 1990. I was a 21-year-old neophyte. I met him during the Third District Meeting. I had decided to run for Third District Second Vice District Representative. The vote in the undergraduate caucus between another Brother and myself had ended twice in a tie. The decision as to who would be the Second Vice District Representative was now in the hands of the Brotherhood. Before voting was to take place, I was approached by two Brothers. These two Brothers I had never met before. They walked up to me and introduced themselves. I was a member of the Eta Lambda Chapter, and both were there when Eta Lambda was chartered. One of the two Brothers was the District Representative. They promised to campaign for me, and they did. I won that election by a landslide.” The Brothers: Kenneth A. Brown and Frank Byron Patterson established a friendship that lasted until Franky P’s death on Feb. 25, 2016.

According to Brother Lucius Dalton, “The year was 1999. I was pastor of a small rural church named Mt. Sinai Baptist Church, located in Madison Heights, Virginia. I applied for the pastoral vacancy at Mt. Moriah Baptist Church in Washington, D.C. On a Sunday in June, my uncle called me at the church. He told me there was a private investigator from D.C. who had come to the area to do an investigation on me as a candidate for a church in D.C.

After worship, the late Brother Washington (a member of Alpha Omega Chapter) asked to speak with me. We went downstairs to my office. He asked me three questions all related to how far I have matured, since my undergraduate years. My answer to all three was, “Yes.” Brother Washington said, “Tell your wife to pack her bags. You are coming to D.C.” I was the only candidate he recommended to Mt. Moriah. I was elected unanimously as pastor. I have served this church for the last 22 years.

I later learned how this came to be and how instrumental Frank P was in the process. Brother Melvin Washington came to a chapter meeting and asked three Brothers about “Lucius Dalton.” These Brothers asked, “Why are you asking?” Brother Washington’s response: “He has applied for the pastorate of Mt. Moriah Baptist Church.” These three Brothers told him, “Make sure he gets it.” These three Brothers were Kenneth A. Brown, Gary C. Clark, and Frank Byron Patterson. I often wonder what Frankie P would say to my serving as Basileus of the chapter he loved so much.”

In dedicating and commissioning the borehole to Frankie P in Ghana, Brother Dr. Bryan Cox of the Tau Chi Chapter said, “This borehole will be here for decades to provide safe water for the community. I want to thank Alpha Omega for this wonderful borehole in the memory of Frankie P. Thank you for allowing us to bring this borehole here.”