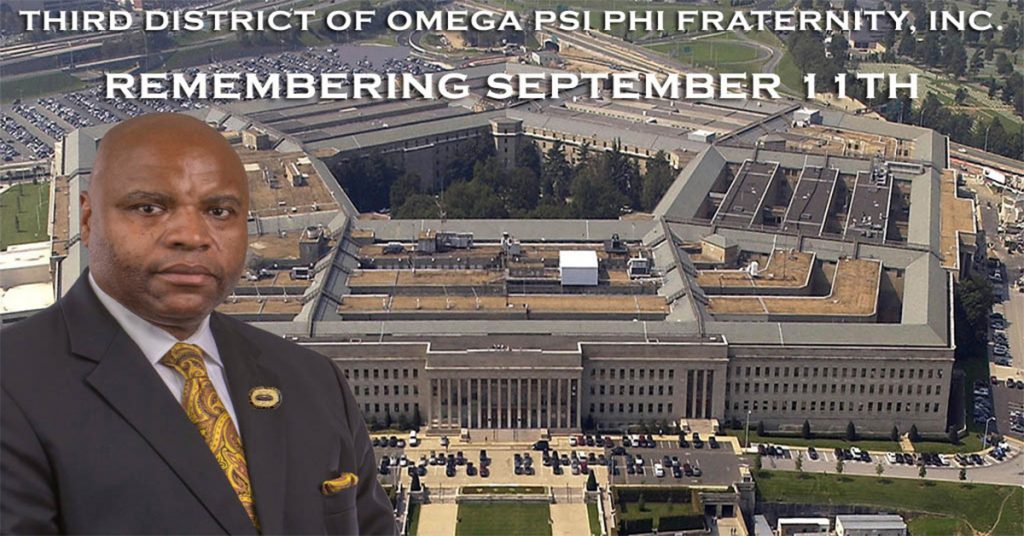 For many, Sept. 11, 2001, was a day that will forever be seared into the minds of those who were witness. On that day, the nation was awoken by a harsh reality that there are people who want nothing more than to destroy our freedom, our way of life. That morning, America was brutally scarred for life. It was a day that 19 hijackers, four airplanes, two towers, and one deranged ideology brought the threat of terrorism to the forefront in our country.

For when we think of 9/11, we think of all the things that understandably come to mind. We think of death – the sheer number of Americans killed that day was staggering. We think of terror. We think of tragedy, of loss, of hopelessness. We remember watching over 3,000 of our friends and family dying that day, we remember the screams of the heroes on Flight 93, the screams of women and men, mothers and fathers, wives and husbands, who desperately made an attempt to take back a plane scheduled for a suicide mission which surely would have killed many more.

As we commemorate the nineteenth anniversary of the 9/11 terrorist attacks in New York, Shanksville, Pennsylvania, and at the Pentagon, it is a time for remembrance, resolve and renewal. We reverently recall those who were most directly affected by this tragedy. Those who died, were injured or lost loved ones. In a special way we recall our Brothers, whom served as the selfless first responders, firefighters, police, chaplains, emergency workers, and other brave persons who risked, and many times lost, their lives in their courageous efforts to save others.

We also remember how our nation responded to the terrifying events of that day—we turned to prayer, and then turned to one another to offer help and support. Hands were folded in prayer and opened in service to those who had lost so much. We resolve today and always to reject hatred and resist terrorism. The greatest resource we have in these struggles is faith.

This anniversary of 9/11 can be a time of renewal. Almost two decades ago we came together across religious, political, social and ethnic lines to stand as one people to heal wounds and defend against terrorism. As we face today’s challenges of people out of work, families struggling, and the continuing dangers of wars and terrorism, let us summon the 9/11 spirit of unity to confront our challenges. Let us pray that the lasting legacy of 9/11 is not fear, but rather hope for a world renewed.

Thank you all, for your work, your dedication and your commitment to the community and people you serve.