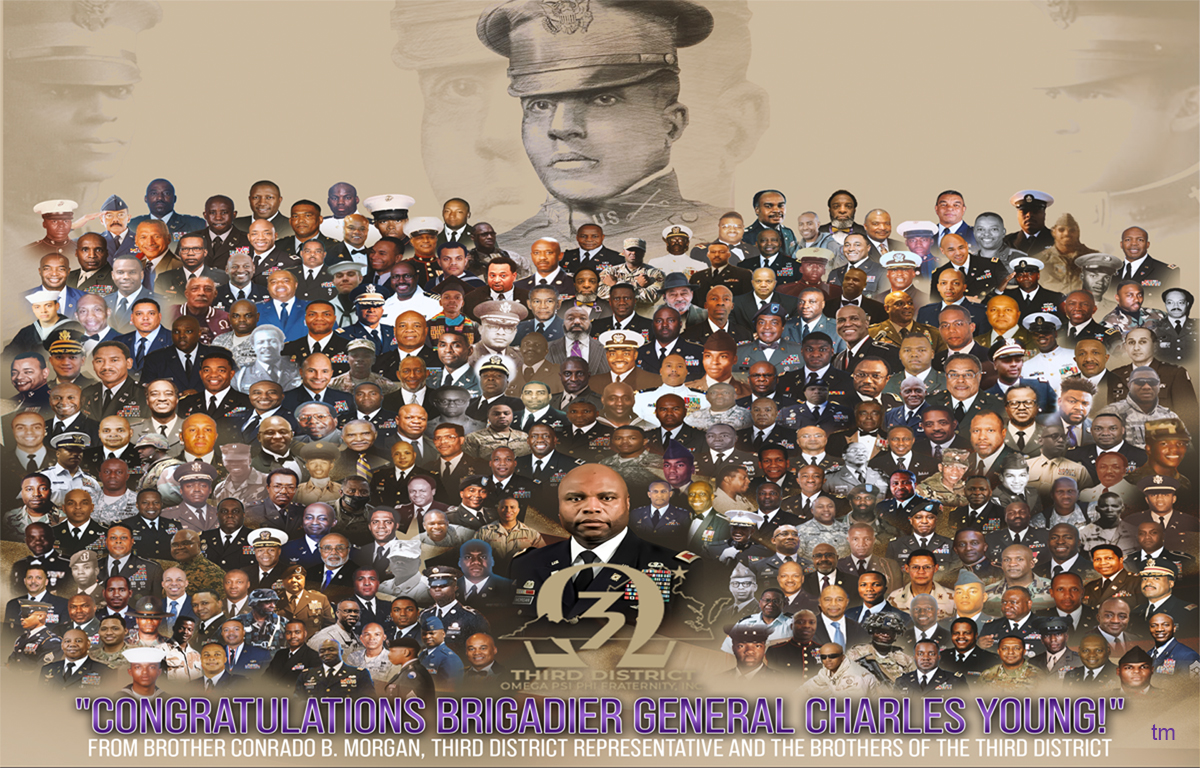 Colonel (Brother) Charles Young, the highest ranking African-American soldier at the time of his death on January 8, 1922, was posthumously promoted to the rank of Brigadier General by the Headquarters Department of the Army on January 19, 2022.

In February 2020 Andy Beshear, the Governor of the Kentucky Commonwealth and Commander-in -Chief of the Kentucky National Guard, posthumously promoted Kentucky native Colonel Charles Young to the honorary rank of Brigadier General at the state level. He did so based on Colonel Young’s academic and work accomplishments as a cadet at the United States Military Academy and as a soldier in the United States Army. Colonel Young, who experience innumerable episodes of racism and discrimination and periods of isolation, was the third African-American to graduate from West Point. He was the first African-American superintendent of a national park.

In 1912, Colonel Young was selected as the second honorary member of the Omega Psi Phi Fraternity, Inc. and the fraternity continues to honor him annually by conducting its Memorial Service on his birthday March 12th.

The Third District of the Omega Psi Phi Fraternity, Inc. is proud of Brigadier General (Brother) Charles Young’s service to the country and congratulates the Young family for this tremendous recognition. Please see attached military collage that have brothers from the Third District who have served in the military. All brothers in the Third District are extremely happy to see this promotion.

Friendship Is Essential To The Soul!