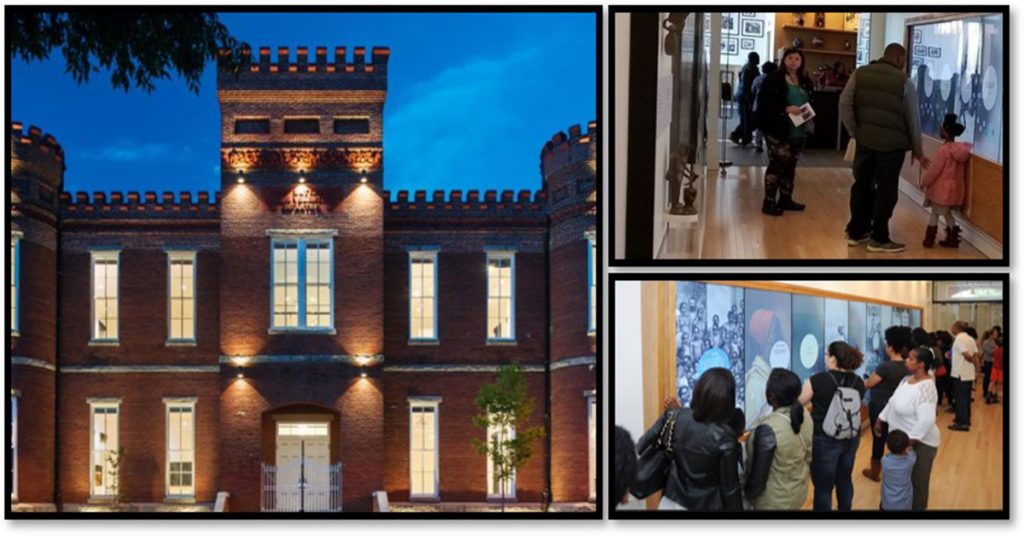 Richmond, Virginia September 10, 2019, Upsilon Nu donated $1, 000.00 to the Black History Museum and Cultural Center of Virginia. The donation was a further demonstration of Upsilon Nu’s support of Social organizations. This donation was a result of a partnership with the Richmond Pan Hellenic organization. Under this arrangement each member organization will donate $1,000.00 over the next two years.

In the spring of 2016, the Black History Museum and Cultural Center of Virginia adopted a new location—the Leigh Street Armory. The Leigh Street Armory was built by skilled black craftsmen and laborers in 1894-95, providing Virginia’s black soldiers with an armory to call their own. In 1899, just four years after the armory opened, the city converted the armory into a school for African American children. Closed after decades of service as a Richmond school, the armory was reopened once again to serve black servicemen during World War II. In 1942, the building became the Monroe Center, a recreation center for black troops. In 1945, it became an annex and a gym for local schools, then home to the Colored Special School from 1952-54.

Prior to becoming the new home of the Museum, the Leigh Street Armory had endured a fire and decades of neglect and abandonment. In 1981, the city declared the armory as surplus property. As a result, the building remained padlocked until 2002. However, a grant from Save America’s Treasures, a national historical site preservation program, agreed to fund the armory’s rehabilitation.

The Black History Museum’s permanent collection is a gateway to the rich history, heritage and significant accomplishments of African Americans in Virginia. The collection includes art, artifacts, textiles, photographs, rare books, music and other items. The Museum also hosts traveling exhibitions, literary talks, and special events throughout the year. Many thanks to Brother Daren Exum, for coordinating this worthy effort to support one of our jewels of the community. When I heard bout this initiative, I just thought it was very important that we participate. I took it to the chapter and there was overwhelming support, form there we just executed our next steps, stated Brother Exum.