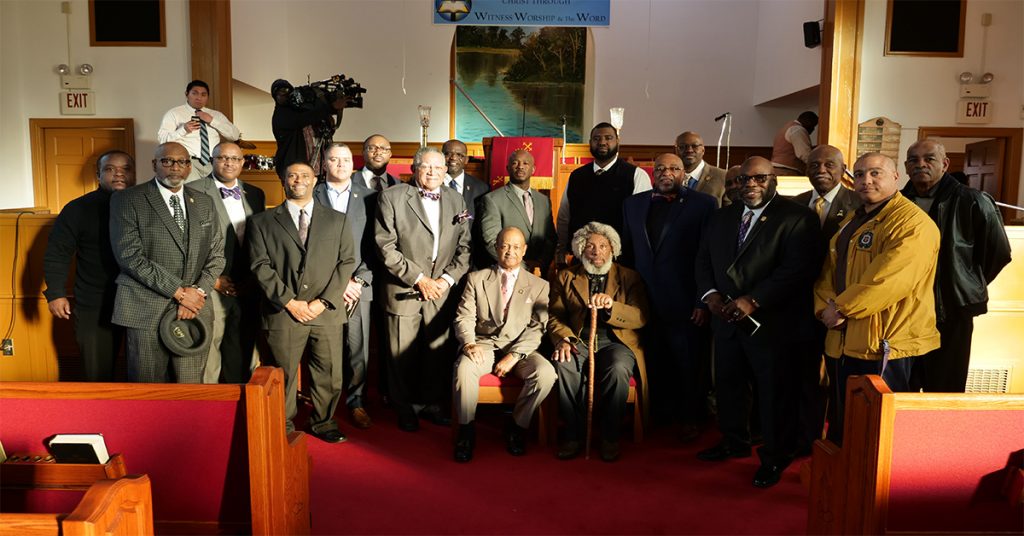 The purpose of the event was to celebrate Black History Month and foster relationships within the community. City Council officials, Sheriff Deputies, community leaders, church members, friends, family and youth attended and participated in the event. All were welcome who attended the event to celebrate “Living Legends: Rewriting Social Action” within the black community here in Suffolk and around the globe. It is our mission that through these affairs that Hampton Roads will become more familiar with the history of African Americans brilliance and conquest around the world.

We have risen from the mediocrity of slavery to larger-than-life legends and unsung heroes. As men of Omega we hope to properly convey these stories as well as shed light on the history of a people that is more than slavery, the middle passage, Trans-Atlantic slave trades and 20th century Civil Rights movement.

The guest speaker was Heather Vaughan-Batten, Esq. the granddaughter of Dorothy Vaughan, a NASA Human Computer and Mathematician and played by Octavia Spencer in the movie Hidden Figures. Nathan M. Richardson is an accomplished performance poet and orator who portrayers Fredrick Douglass. Mr. Richardson gave personal stories and documented references of Fredrick Douglas life and the African-American fight for freedom. He challenged everyone in attendance to focus on key factors in building up our youth and country and to continue to fight for justice in the 21st century.

The Alpha Iota Chapter of Omega Psi Phi Fraternity, Inc. selected Little Bethel Baptist Church because it was organized in 1866 by newly freed enslaved Africans. The church is a pillar in the community and the Alpha Iota Chapter will donate to the Junior Missionaries Toiletry Pantry for the month of March. Frederick Douglass said it best, “it is easier to build strong children than to repair broken men.”