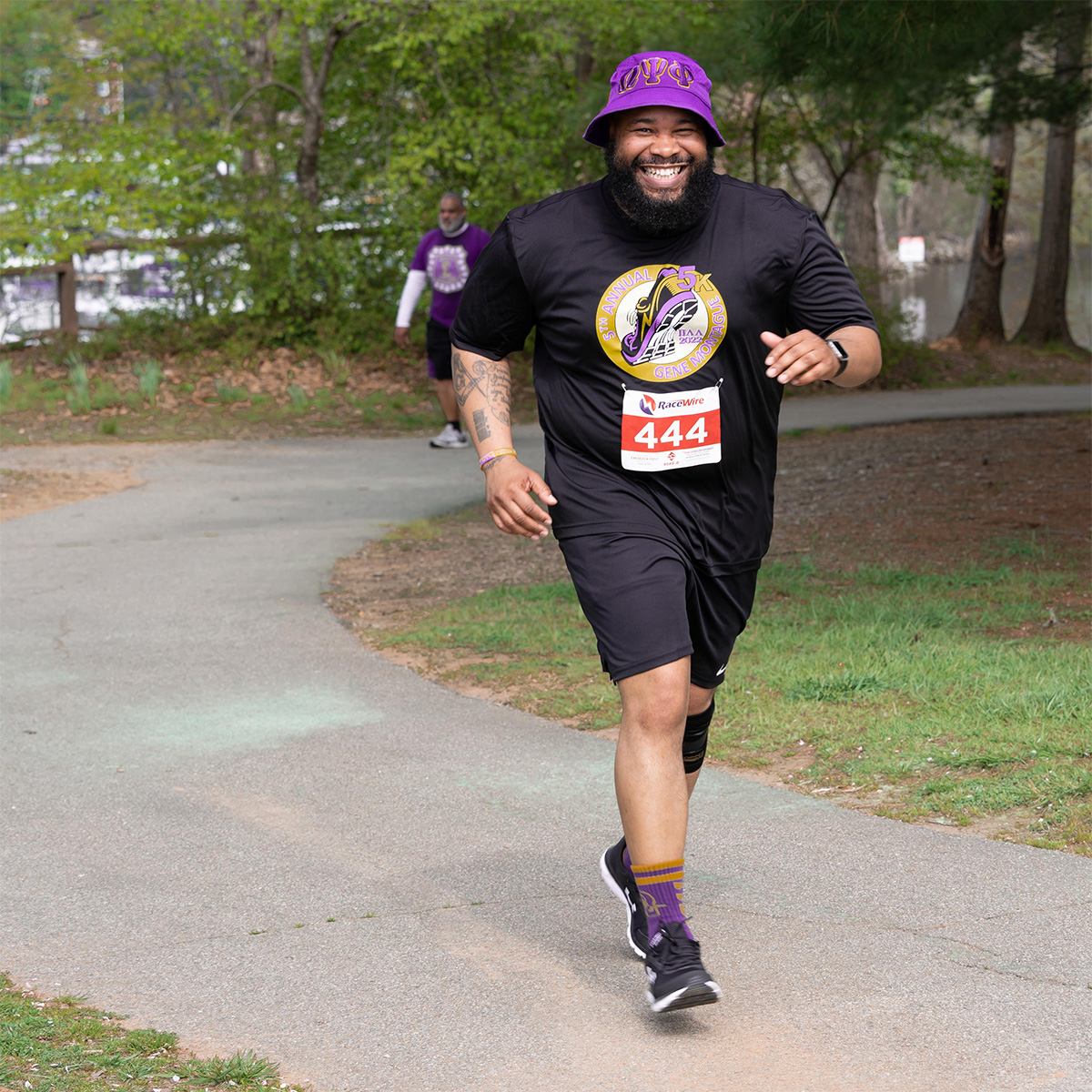 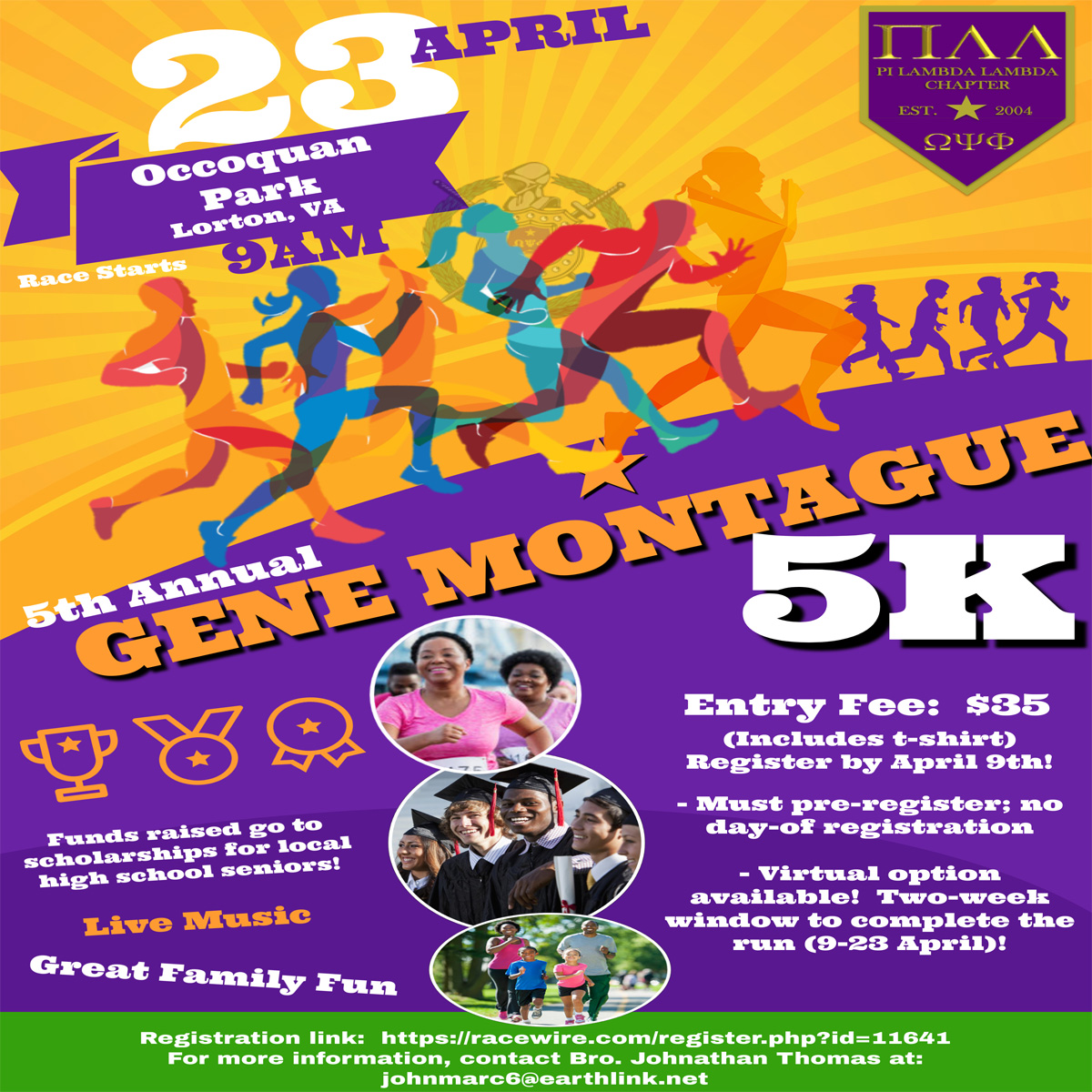 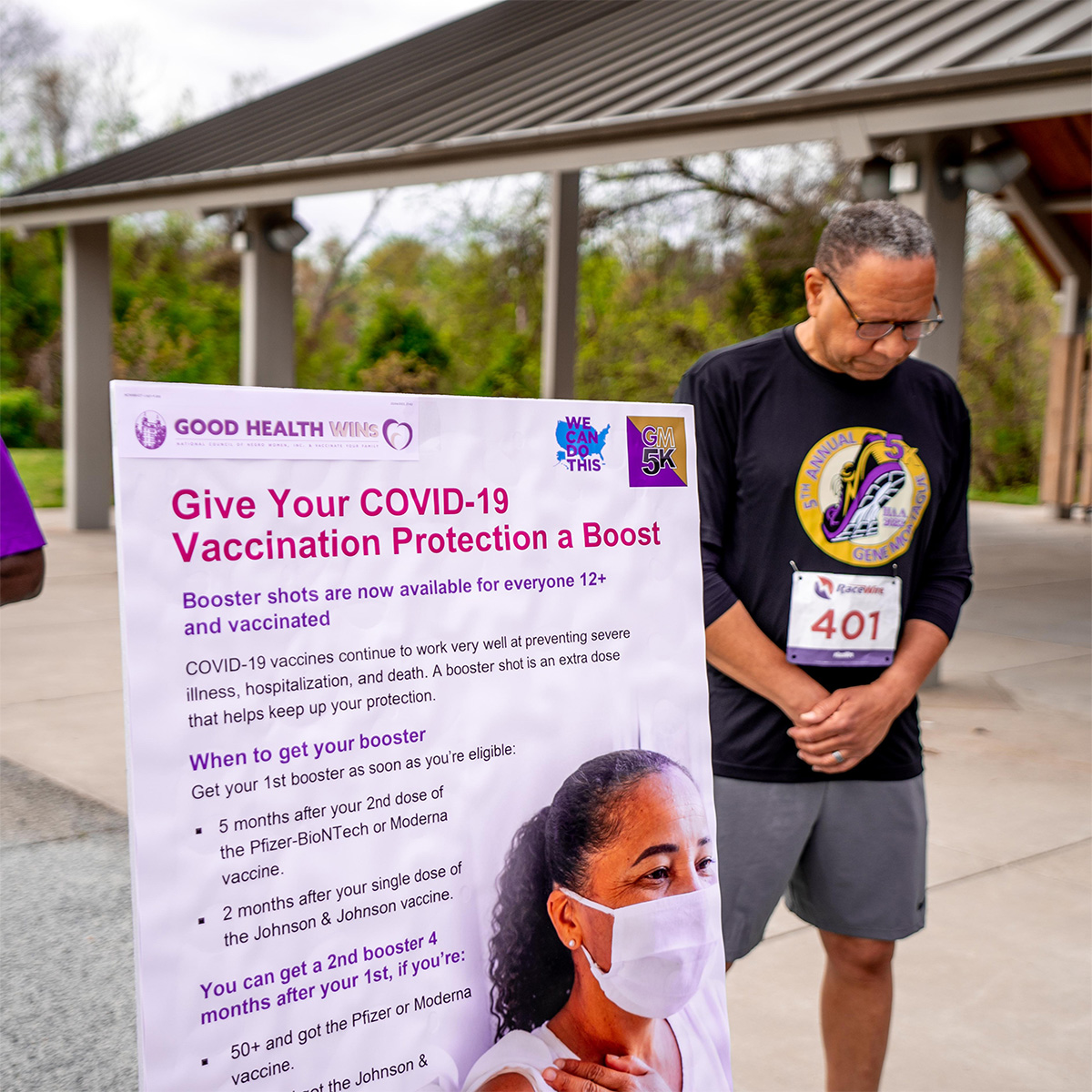 Pi Lambda Lambda (PLL) chapter | Third District | Omega Psi Phi Fraternity, Inc. | Prince William County, Virginia – held its 5th Annual Gene Montague 5K on Saturday, April 23, 2022. This was the Chapter’s first large in-person event since the start of COVID-19. The race has steadily grown over the years. Despite the impacts of COVID stifling the momentum, this year’s race still managed to raise more than $3,855 for the Chapter’s scholarship efforts.

For 2022, the Gene Montague 5K had over 100 registrants for the race, participating either through its virtual option or the in-person race. Participants for the virtual race were in locations across Virginia and as far away as New York, New Jersey, Georgia, and Florida. Sixty-One in-person participants, adhering to COVID protocols, gathered in Occoquan Regional Park in Lorton, Virginia, to enjoy a day of healthy exercise and fun, and pay respects to a brother who was known for his infectious personality and love for all things fitness.

Brother Montague was born in Brooklyn, New York. He was initiated into the Fraternity through Epsilon Chapter in New York in 1987. He graduated from the City University of New York with a bachelor’s and became an Army Reserve Officer, eventually reaching the rank of Colonel. Brother Montague also served as a New York City Police Officer and practiced Sanuces Ryu for 27 years, earning the title 6th Degree Black Belt of Shihan (Master Teacher). Brother Montague passed away in 2016 while competing in an Ironman competition.

Brother Montague’s wife, Lissette, and his son, Aza were in attendance representing the Montague family. His mother-in-law, Marianna Porter, also signed up as a virtual participant. “Brother Montague loved his family, fraternity, and fitness,” said Basileus Jeffrey Allen, “so we’re here today to celebrate that.” The Chapter is looking forward to building on this year’s successful attendance and surpassing it in 2023.