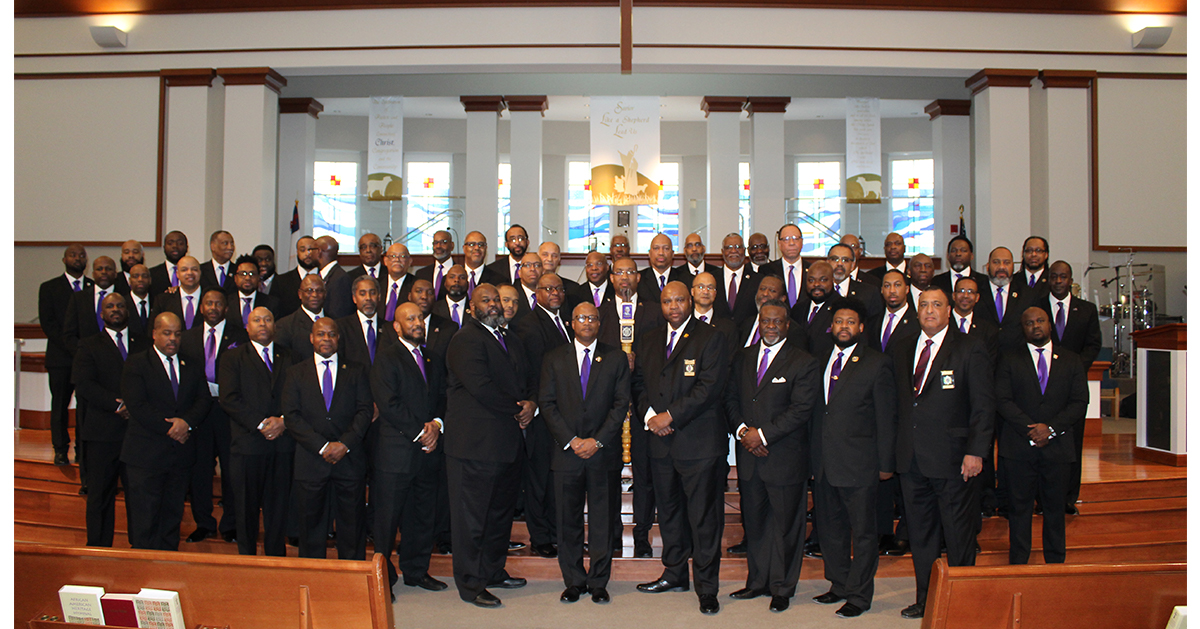 Third District Chaplain Brother Courtenay L. Miller delivered an inspiring message to the Brothers who attended the spirit-filled program. Brother Miller’s text came from Romans 8:28 which reads, “All things work together for good to them that love God, to them who are called by his purpose”

Brother Ricardo Robinson of Pi Lambda Lambda Chapter and served as Master of Ceremony. OKK Basileus Brother Julian Purvis and Brother Biedleman conducted the formal ceremony that honored these Brothers who have entered Omega Chapter and can never be appreciated enough for their love, friendship and dedication to our beloved fraternity:

Following the service, the Brothers, some 70 strong enjoyed a repast and fellowship at Amphora Diner Deluxe in Herndon, VA.